I love the zoo. We went to the Bronx Zoo quite a few times while we were living in Hoboken, enough times that I knew where all my favorite animals lived. For anyone who has something against zoos, I urge you to do a little research: the work that they do in conservation, protecting endangered species and researching illnesses and health issues that different animals deal with is quite remarkable. There was a show on Animal Planet last year called The Zoo that gave viewers a behind-the-scenes look at what happens at the Bronx Zoo between the zookeepers, veterinarians and researchers and it was so interesting. The show was renewed for a second season that’s supposed to premiere early this year!

But while I greatly enjoyed the Bronx Zoo, the National Zoo here in D.C. does have one major leg up: it’s part of the Smithsonian, so admission is free! And that was the main reason we decided to spend a chilly day last weekend at the zoo; we weren’t worried about spending money on tickets and only seeing a few animals. And while there were quite a few animals that were inside away from the cold, there were plenty that we were still able to see, and even more still for us to meet on our next trip.

The National Zoo’s biggest draw is their three giant Pandas. There aren’t many giant Pandas left in the wild, and the National Zoo is a leader in their conservation efforts. Giant pandas don’t mind the cold, and their habitat at this zoo is so massive that it spans two large outdoor areas and an indoor house with different rooms in which the pandas can hang out. Here’s one of the pandas enjoying a snack. 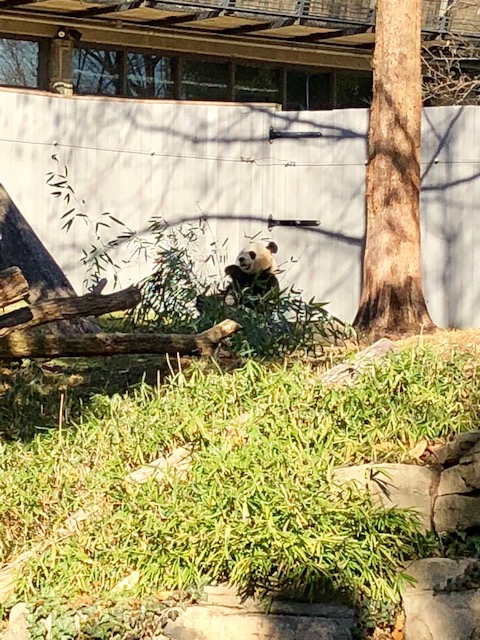 The enormity of the pandas’ exhibit was a recurring theme I noticed at this zoo. While the Bronx Zoo is larger overall, many of the animals that we saw here seemed to have larger exhibits with more varied terrain. And as you walk through the zoo, you feel less like you’re walking down a straight path with enclosures on either side and more like you’re exploring a natural landscape where these diverse animals happen to live.

Another exhibit that was massive and boasted both indoor and outdoor areas was the Asian elephants. When we saw them, they were being quite social with one another and with the visitors. Here’s one. 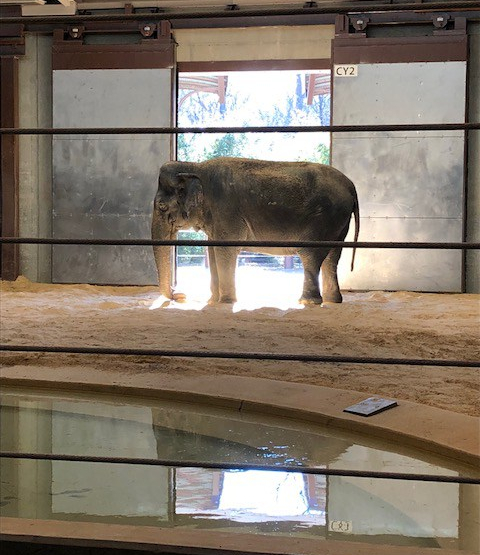 This indoor enclosure opened out into the large outdoor portion of the elephants’ home.

Next we walked along the American Trail, where, unlike on the Asia Trail, most of the animals were out and about. We saw bison with their thick, warm coats, otters and beavers busily scurrying about, seals and sea lions lazily swimming, bald eagles perched stoically and wolves that Jeff was convinced wanted to eat everyone who walked by.

At the end of the American Trail, we came to one of the animals I was excited to see, the Andean bears. Now, I’m not sure I’ve addressed this on the blog yet: I love bears. I think bear cubs are one of the most adorable things on the planet, and I think bears as a whole are misunderstood; they’re simply trying to survive and protect their families like any other animals and they just happen to be able to inflict more harm than most if someone gets in the way of them achieving that goal. So bears are the best. If you don’t believe me, I suggest you watch the 2014 Disney documentary called Bears. Afterwards, you won’t be able to disagree.

So back to the Andean bears. They don’t have these bears in the Bronx; native to the Andes, they eat mostly plants. They have a male and a female in separate large habitats in D.C., but at times it seemed like the two were communicating with one another across the divide between their homes. My verdict: Brown and black bears are still at the top of my list, but these were quite charming and fun to see. 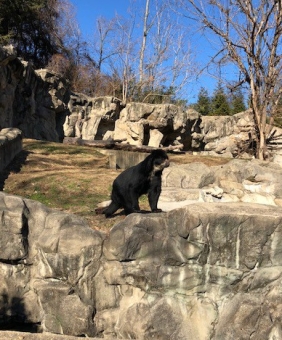 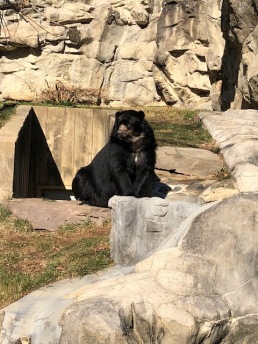 Our last stop, which was probably the most delightful, especially on a chilly day, was the Small Mammal House. I love the variety of animals in the Small Mammal House, the fact that they’re so close and of course, the fact that they are all so small and adorable. They’re all behind glass, so I apologize for the glare in some of these photos, but here were some of the house’s cutest residents: 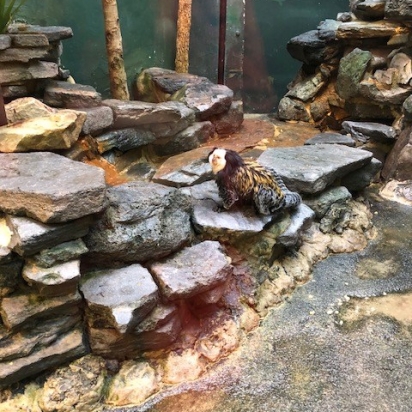 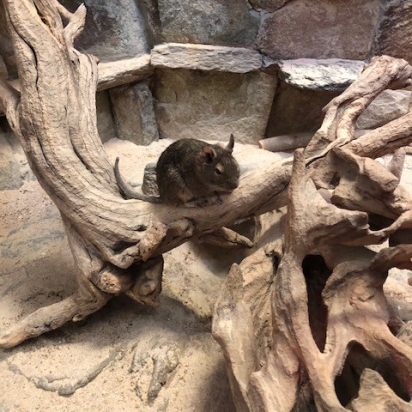 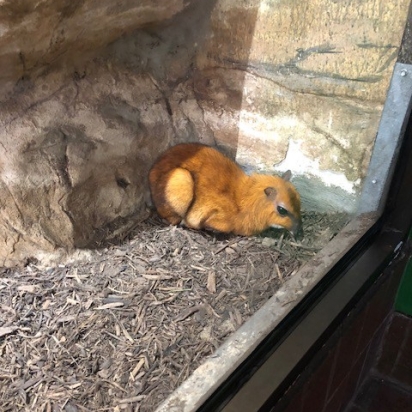 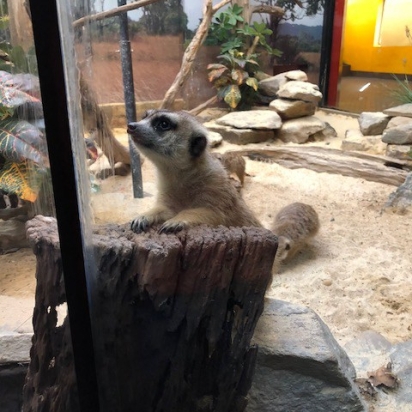 By the time we’d finished at the Small Mammal House we’d covered about half of the zoo, but I was pretty cold and starting to get hungry, which is never a good combination if you want me to be pleasant company. So we decided to leave the rest of the zoo for the next trip, which I’m sure will be very soon!

One thought on “A Winter Visit to the Zoo”