My mom has always told me that I’ve loved Hostess Cupcakes—you know, the chocolate cupcakes with the white curlicue on top sold in packs of two in convenience stores—since I was in the womb. She says that when she was pregnant with me, she used to have my dad pull over to random gas stations and convenience stores just so she could get some Hostess Cupcakes. So it’s for this reason that when I found a recipe for homemade ones, I knew I had to (attempt to) make them for my mom, sister and Nan’s first visit to Bethesda.

This recipe comes from the new America’s Test Kitchen cookbook The Perfect Cake. Like all the America’s Test Kitchen cookbooks I have, my obsession with this one has already begun. I’ve never been much of a baker, but I think this book might just turn me into one! I was a little nervous to tackle these cupcakes because there were so many different components, so I set aside nearly an entire day to make them. I started around 10am and they were finished around 2:30pm. I wasn’t actively working on them the entire time—I did some work, did a load of laundry, did a quick workout, ate lunch—but that was roughly how long was needed. And I am very happy to say, they were a success! So without further ado, here is the recipe, from the book: 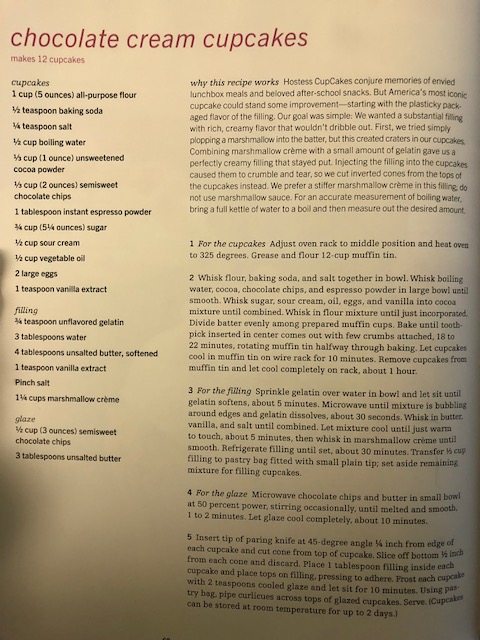 After heating the oven and preparing the muffin tin, I thought it would be smart to take out all my batter ingredients and group them together before I started mixing and whatnot. So I had the dry ingredients:

And the wet ingredients: 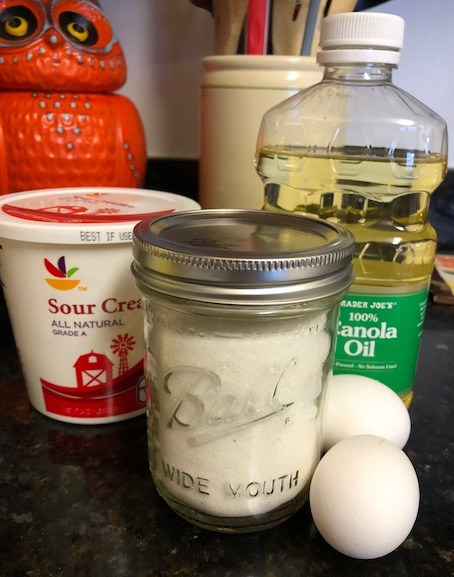 Now of course, there are some things missing here: I forgot to take the vanilla extract out ahead of time, which goes with the wet ingredients. I also didn’t use the espresso powder that was supposed to go with the chocolate ingredients. I know that espresso brings out the richness of chocolate, but I wasn’t going to use it for anything else in the near future so I opted to skip it. Then I followed all the instructions in step 2 to create the batter. Below are the dry, chocolate, chocolate plus wet, then chocolate, wet and dry. 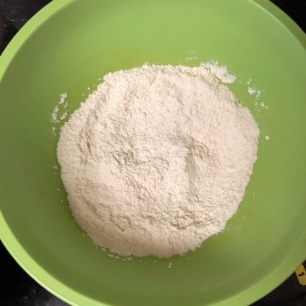 Then I put the batter in the muffin tin and baked. The recipe said to bake for 18 to 22 minutes—my cupcakes were done after 18 minutes.

As instructed, I let them cool in the tin for 10 minutes before transferring them to a rack. I must not have greased and floured the tin enough, because this was definitely the most nerve-racking step of this whole process. I had to run a sharp knife around the outside of each cupcake, then tip the tin and gently move the cupcake around in its cup until it came out. Fortunately, they all came out in one piece, but more spray and flour probably would have made this a little easier. 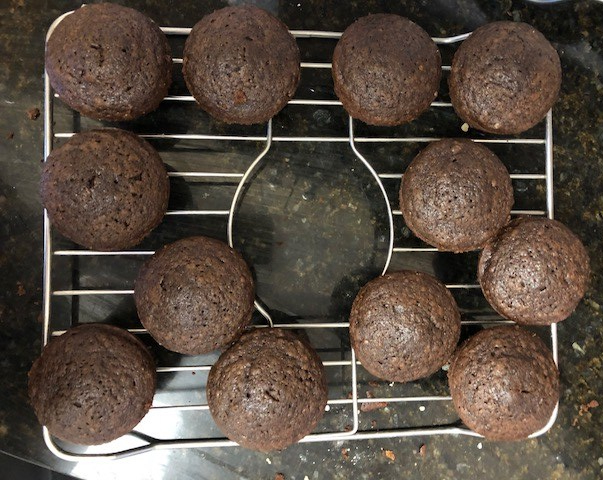 The recipe says to let them cool for an hour here, because it’s key that they are completely cool before you start cutting into them, frosting them or anything else. This is the time I took to get some other things done around the house before I jumped back into the second half of the recipe, or the part when I turned these chocolate cupcakes into homemade Hostess cupcakes.

The next step is to make the filling. The filling also needed to set for a half hour, so if you’re trying to complete these as quickly as possible, you can line up creating the filling with the cupcakes’ cooling time. The filling uses unflavored gelatin, which I had never worked with before but was familiar with how it is used in baking. Below is the gelatin after letting it set for 5 minutes, then mixed with the butter, vanilla and salt, and then with the marshmallow creme. 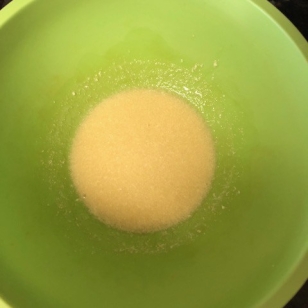 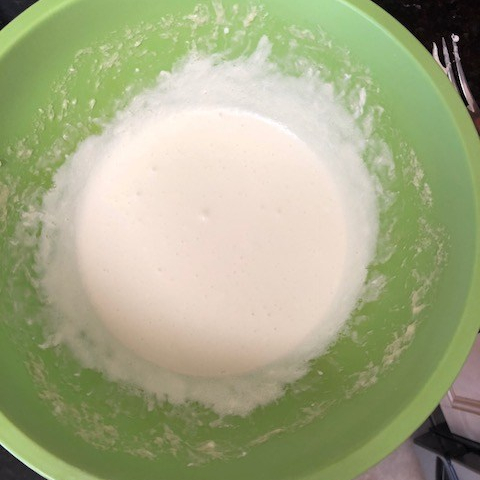 When I first read the recipe, I wasn’t totally sure what it meant by marshmallow creme, if that was the Fluff I used to put on sandwiches with peanut butter as a kid or if it was something else. Fortunately, I found this in the baking aisle, so I figured it was what I was supposed to be using:

After I put the filling in the fridge to set, I made the glaze. This was super simple, just chocolate chips and butter, melted together in the microwave. 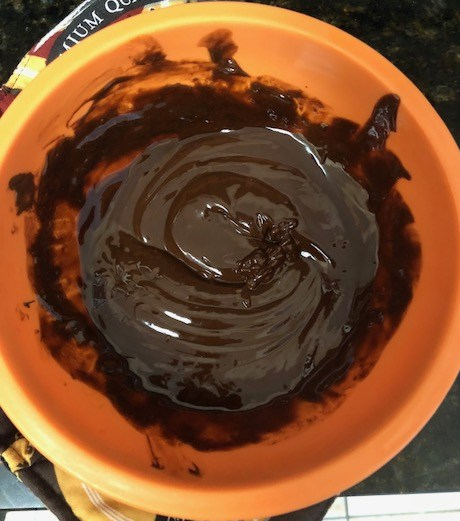 And then I’d finally reached it: the construction step. The recipe indicated I should cut a cone out of the top of each cupcake, trim some of the cake off the pointy part of the cone, fill the hole with filling and then top it with the piece I’d cut off. This step ended up being much easier and smoother than I thought it would be! Because the cupcakes were completely cooled, it was very easy to cut out the cone without the cupcake crumbling or breaking at all. Another idea I had, which I thought was helpful: I placed all the cupcakes on a large cutting board and placed a smaller cutting board next to it. Then as I cut out the cones, I placed the hat pieces I needed to put back on top of the filling in their corresponding positions on the smaller cutting board, so I would remember which small pieces went with which cupcakes. I know that sounds complicated, it’s probably easier to just show you: 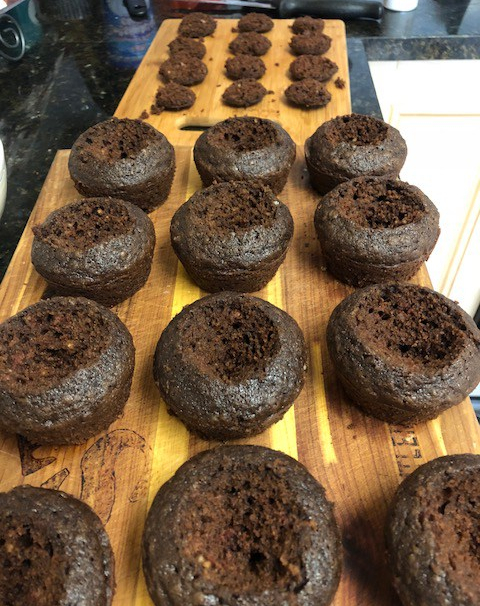 The filling might be my favorite part, so I used quite a bit. The recipe says to use 1 tablespoon in each cupcake, but I just filled the cavities up to the top. As you can see above, the tops didn’t go back on perfectly, but I knew I would be covering them with the glaze, so I didn’t think that was something I needed to worry about. Then after I did put the glaze on, I knew I was right. 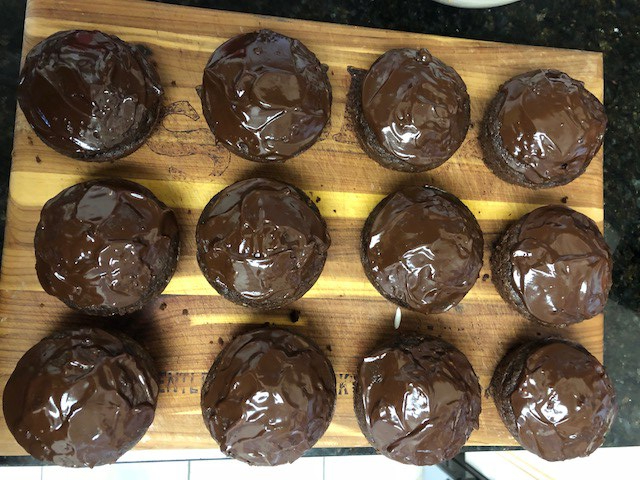 I didn’t measure out 2 teaspoons of glaze for each cupcake either, I simply used just enough to cover the top. Then after letting them set for 10 minutes, it was time for the final step: the defining white curlicue. I bought plastic piping bags to use for this step, only to discover at this moment in the process that the box I’d purchased was only the bags and didn’t come with any plastic tips. So without the tip, I cut super close to the edge of the bag so the opening would be very small and just hoped it would be fine enough for what I needed. These are the bags:

The curlicue was drawn with some of the filling that I set aside before actually filling the cupcakes. Again, I didn’t measure this out exactly, I just eyeballed how much I thought I would need. I’d never worked with a piping bag like this before, and it might be my new favorite thing. It was so much fun—and so easy!—to draw on the curlicues. So here it is, the final product! 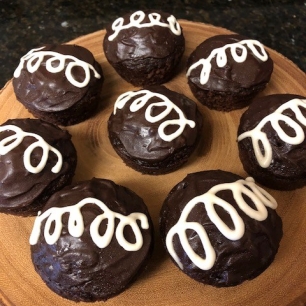 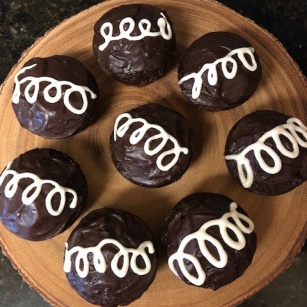 I was so proud of how they looked, perhaps even more than I was of how they tasted, which was absolutely delicious. The cupcakes were fluffy and moist, the filling was creamy, the glaze was rich and indulgent. And after seeing how surprised and delighted my mom was, and how overjoyed my Nan was when we stuck a candle in one of them for her birthday, all the work was absolutely worth it.

My sister Jess gets credit for this great photo!

These views never get old #oneparkcity #shred
Teenage angst: a series featuring @copper_in_his_element
Wow was 2019 an incredible year. 😍 I got to marry my best friend (and experience all the fun that came along with it) and add a new four-legged member to our family. Happy New Year, and here’s to an amazing 2020!
With all the amazing things we've been lucky enough to experience this year, thinking back to the happiest day of my life is just icing on the cake. Happy 8-month anniversary @jeffsybertz!! . . photo cred @contesoundproductions
Happy 🦃 Day
Step into my office...and follow along with me on @wethedogsdc tomorrow! I’ll be sharing all my favorite fall puptivities 🐾 . . . . #wethedogsdc #dcdogs #doggo #pupper #fallpups #falladventures #bassetmix
%d bloggers like this: