It was 80 degrees on Sunday. In April. I got a sunburn. In April. Though that part is beside the point. I guess for the last couple weeks it has been unseasonably chilly in the D.C. area, so it was pretty exciting when it warmed up for a few days last week, even if the warm-up was also an unseasonable event. Nevertheless, we took advantage with a trip to Harpers Ferry, and it was a wonderful adventure.

Harpers Ferry, which is technically in West Virginia, sits at the spot where the Potomac and Shenandoah Rivers meet, joining Maryland, Virginia and West Virginia. Much of what they call the Lower Town and all its historic buildings have been preserved, and then from the town there are a few different hikes that offer views in all directions. One of the things we knew going in that we were looking forward to was that this was the site of a great deal of Civil War-era history. There are plenty of forts and historical sites in New England, but they are all from the Revolutionary War, so it was an interesting change. They’ve also done a great job placing plaques with information all along the hiking trails, which really made the area come alive.

We started our day with a hike—when we got to a fork in the trail noting that one way would be “strenuous but rewarding” and the other “moderate but pleasant,” we obviously opted for the strenuous one. What followed was a pretty steep and prolonged incline, but at the top of the hill was a brilliantly placed plaque informing you that during the Civil War, Union soldiers had lugged cannons and other supplies up that very same hill. Lets just say I stopped huffing and puffing pretty quickly after that. As we continued up, we passed the sites where Union soldiers camped, set up forts and placed their cannons to hold off advancing Confederate soldiers. I had obviously known what a cannon was before Saturday, but I had no concept of how far cannon balls traveled after they were shot. There was one spot on the hike where the plaque informed us that it was the perfect placement to shoot at advancing soldiers down near the river and the town, yet I could barely see the river or the town through the trees, and I found it fascinating to picture the balls flying so far through the air. During the second half of the hike we came to an overlook where we could see Harpers Ferry at its point between the two rivers, and the views were pretty incredible. 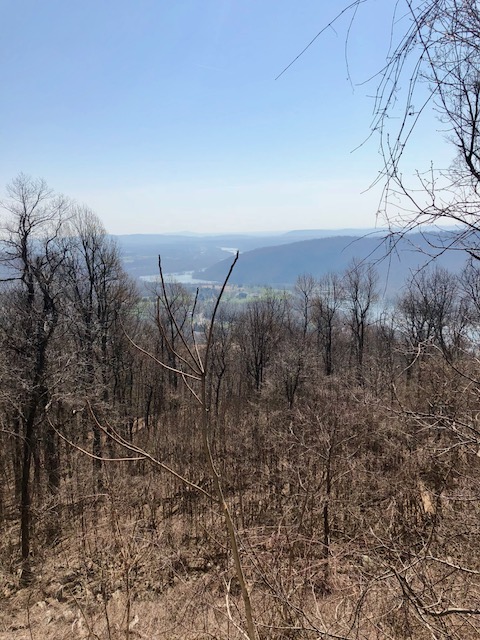 The Potomac snaking back through Maryland the way we came.

The town of Harpers Ferry from the overlook.

Jeff and I at the overlook.

After the hike, which took us about 3 hours, we headed back down into the town. We arrived in Harpers Ferry around 9:00 a.m., parked, and took a bus over to the town (the ride felt reminiscent of the buses to get into Miracle in the final season of The Leftovers, if you’ve seen it). By the time we finished the hike around 12:30, there were many more people milling about the town. Fortunately, I took some photos when we arrived, when the streets were still relatively empty. 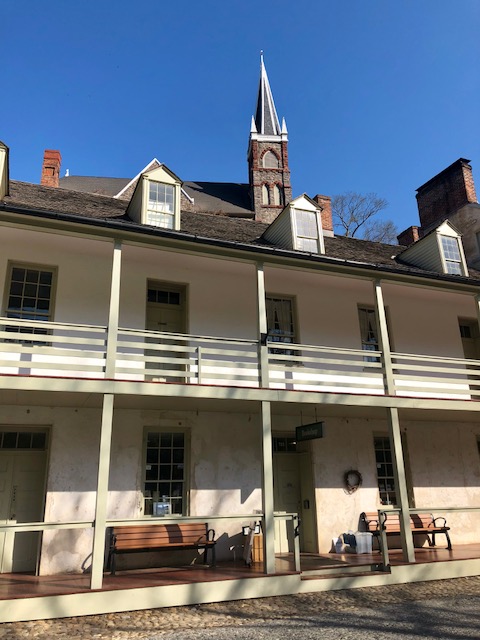 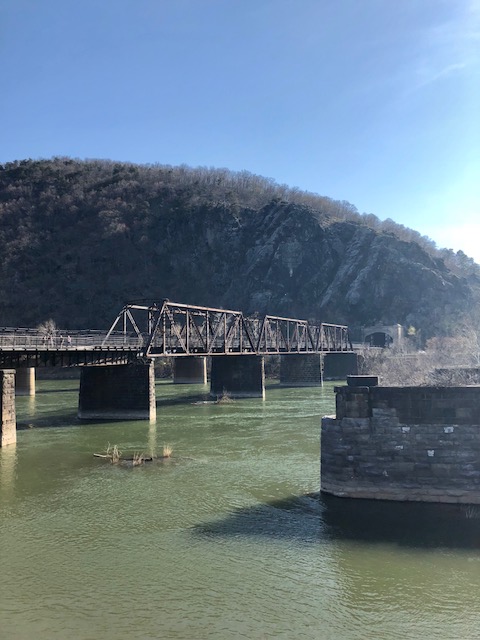 The old train bridge you have to cross to get from the town to the hiking trails.

I’ll admit, by the time we got back to town after the hike I was pretty pooped and more concerned with finding a Powerade (I couldn’t and had to settle for a Gatorade, sigh) than learning more about the town’s history. Even so, just the feel of the walking the cobblestone streets and passing the impeccably maintained buildings really takes you back. We sat in the grass in the shade of the large rock wall separating the town from the river’s edge, and we climbed old, uneven stone stairs leading up through the town that are actually part of the Appalachian Trail.

Looking down on the town, with the site of our hike in the distance.

The most exciting part of this adventure, perhaps, is that Harpers Ferry is only an hour away from our home. We could easily return to visit some of the museums and exhibits we missed, or even to attend what, according to Trip Advisor, is the best ghost tour in North America. Nonetheless, it was a joyful way to spend a few hours and take advantage of a beautiful, warm April day.

2 thoughts on “Hills and History at Harpers Ferry”